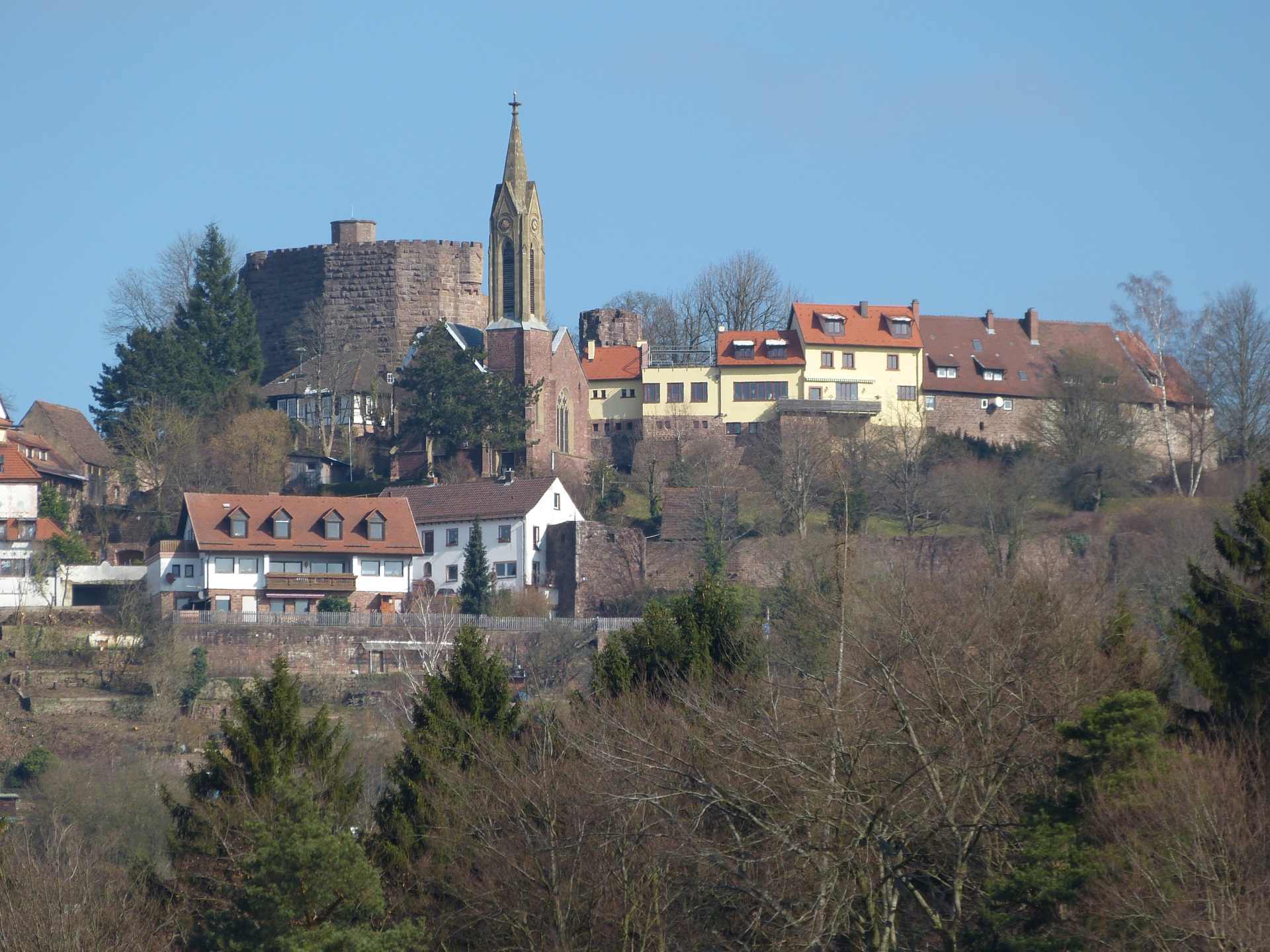 Dilsberg Fortress Ruins (Burgfeste Dilsberg) occupy a prominent position on a hilltop overlooking the Neckar valley, near the picturesque former imperial city of Neckargemünd. Built around 1150 by the counts of Lauffen, Dilsberg passed into the possession of the electoral palatinate in the 14th century, and was granted city rights in 1347.

Rise and fall of a steadfast fortress

For a long time, the castle was regarded as unconquerable, until it was eventually occupied by imperial forces under Count Tilly in the Thirty Years’ War, after a long siege. In 1633, the fortress was taken again, this time by the Swedes. However, despite these defeats and some fierce battles, Dilsberg was never successfully stormed by attackers, nor was it destroyed. When the electoral palatinate came to an end in 1803, the fortress and town became part of Baden, the former serving as a prison. In the 19th century, the castle fell into disuse, and was used as quarry. In the early 20th century, however, the ruins became an increasingly popular tourist attraction, and were ultimately restored and partially reconstructed

The impressive 46-metre deep well in the bailey, or castle courtyard, supplied the defenders with much-needed water during sieges. A particular highlight of the fortress is to be found here: an approximately 80-metre long subterranean passageway, the Brunnenstollen, lies a few metres above water level. Rediscovered in 1896 by Fritz von Briesen, the tunnel was opened in 1926. Previously thought to have been an escape route out of the besieged castle, the tunnel is now believed to be a ventilation shaft.

Today, the town and fortress ruins of Dilsberg form an enchanting ensemble of Medieval character. A climb up the hectagonal tower takes you on to the 16-metre high curtain walls, where there are panoramic views over the town and the Neckar valley.