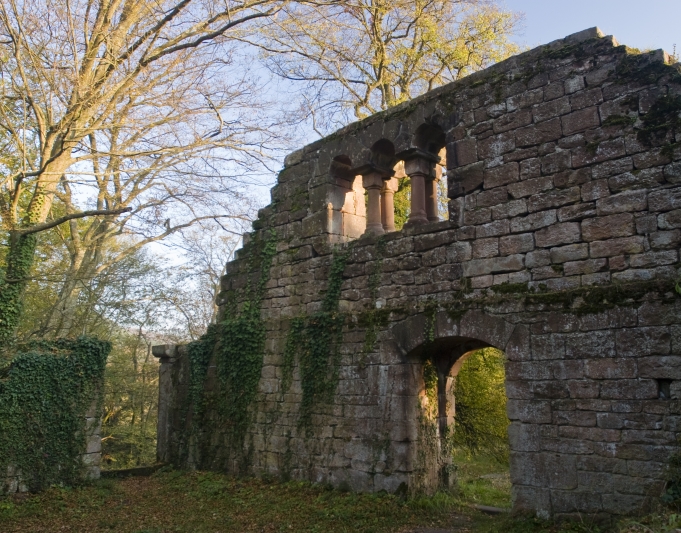 The three separate buildings from the 11th century are now only preserved as ruins.

They were built at a strategically favourable location on a mountain spur so that the Neckar navigation and the route to the old Benedictine abbey of Amorbach and the Main could be controlled.

Finds from the castle can be seen in the museum of the city Eberbach.