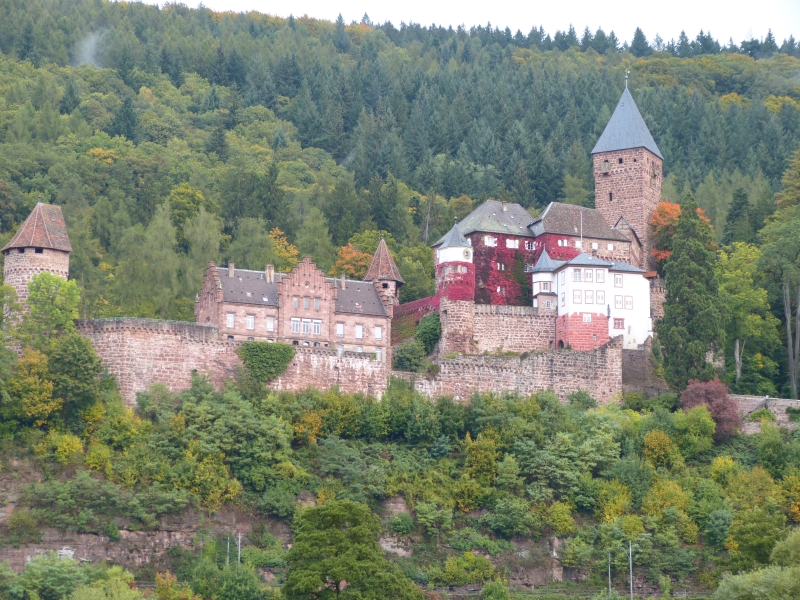 The romantic castle of Zwingenberg lies above the river Neckar between Heidelberg and Heilbronn.
It is one of the most beautiful fortresses on the Neckar. It stands on a steep crag and is in an unusually good state of preservation .Presently the castle is lived in by Ludwig Prince of Baden, and his family.

Behind the castle there is a romantic gorge (the so called »wolfs gorge«. It invites you for wonderful walks.
An open-air opera festival takes place in the castle courtyard every year during the summer from 1983 on to the present time. The opera “Der Freischütz” by Carl Maria von Weber is performed every second year; as apparently Carl Maria von Weber knew the gorge well and drew inspiration from it.